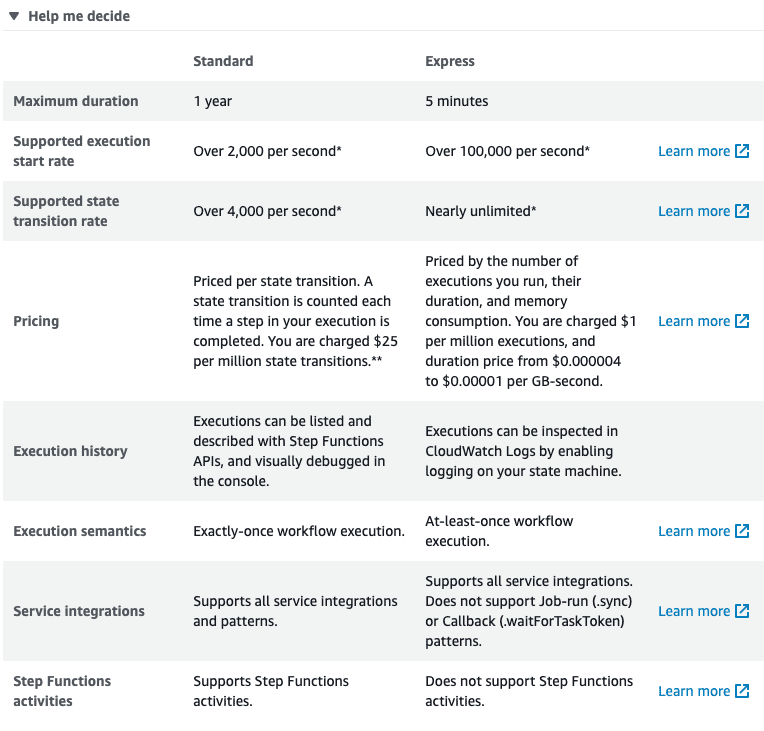 Example, given a state input data:

Then the following Reference Paths would return:

To illustrate by example, the Task State has a field named "Parameters" whose value is a Payload Template. Consider the following Task State:

In this case, the payload is the object with "first" and "second" fields whose values are respectively 88 and 99. No processing needs to be performed and the payload is identical to the Payload Template.

Suppose that the input to the P is as follows:

Further, suppose that the Context Object is as follows:

In this case, the effective input to the code identified in the "Resource" field would be as follows:

Step functions and other AWS Services: